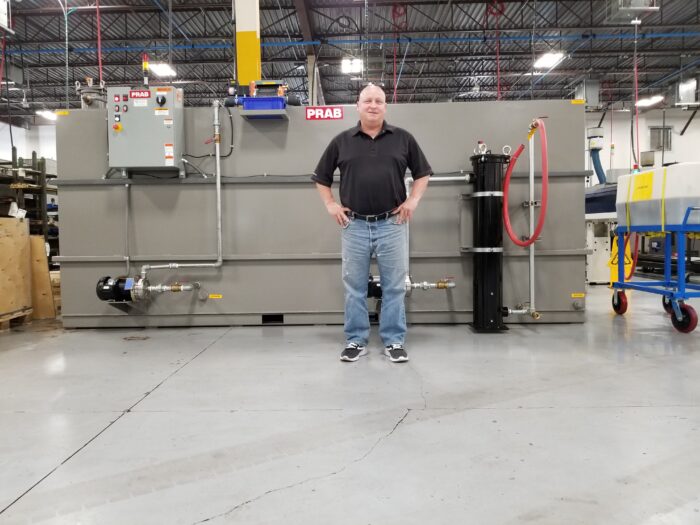 Located in Burlington, Ontario, Canada, Anthony Screw Products Ltd. is a precision machining company that produces a range of custom parts including fittings, washers, nuts, bolts and pulley hubs. Company President Rod Anthony has more than 25 years of experience working in every position in the plant’s manufacturing process.

Even with this unique and total understanding of the operation, he has a new appreciation for the value of recycling after partnering with PRAB on a new chip processing and fluid recovery system.

“Costs were killing me before I received the new PRAB system,” Mr. Anthony says. “I knew recycling was important to the environment, but I never considered it from the standpoint of efficiency and cost savings. But now, I realize it should be one of the first pieces of equipment you look at to solve problems in those areas. It just makes complete sense.”

The privately owned, family-run business began in 1978 with only two multi-spindle automatics in a 5,000-square-foot workspace. Today, the company operates in a facility that is more than four times the size of the original location and runs almost 10 times as many multi-spindles, in addition to CNC lathes and mills and rotary transfer machines.

When this expansion prompted a move to a new building, Mr. Anthony took the opportunity to re-evaluate the company’s chip processing and fluid recovery system. A small chip spinner that had been in use for 12 years stood vertically on a ball joint and springs, which needed to be replaced annually. Because of this orientation, the spinner relied on gravity to recover oil from the chips and feed scrap bins. This process was not ideal for a number of reasons:

Due to the loss of value from materials, excessive maintenance and general housekeeping issues—the latter being especially undesirable for a company that prides itself on maintaining a clean, efficient and very well-organized plant—Mr. Anthony decided it was time to leave the old spinner behind. In its place, he wanted new equipment that could reduce the size of steel turnings, reclaim the excessive amount of residual cutting oil being lost, and discharge processed chips into a covered roll-off container.

Mr. Anthony did some research, inquired about other customers’ experiences with chip spinners and started searching for solutions. He eventually decided that a complete automated chip processing system from PRAB was the right one for his business.

After a thorough application review, PRAB proposed a system that included a high-level automatic cart dumper feeding long, stringy turnings into a vertical axis crusher to reduce them to flowable chips. Next, a steel-belt wringer feed conveyor would collect crushed chips and elevate them to a tramp metal separator for removal of accidentally ingested solids. Then, a diagonal shaft chip wringer would separate oil from the chips with more than 600 Gs of centrifugal force before pneumatically discharging the dried chips into a covered roll-off container.

Finally, a settling tank would capture reclaimed fluid and transfer it to a holding tank or a separate filtration system, while a re-circulating drag conveyor would return fines to the chip flow to help keep the tank clean. The proposal also included options for loading a second container and filtering the reclaimed oil prior to transferring it to a tote—a bulk storage solution that holds 1,100 liters of cutting oil.

Less than a week after Mr. Anthony approved the equipment, the PRAB team had it in place. He quickly began seeing a return on investment that has continued about a year after the implementation of the system.

6-Figure Savings and Other Benefits

Extracting more oil from the chips is also resulting in more revenue from the scrap dealer. “On average, he is giving me an additional 15% in value for dry chips instead of wet chips. That adds up to roughly $24,000 to $28,000 per year.”

Losing money because of ineffective chip processing and fluid recovery processes is now in the past for Anthony Screw Products. The PRAB system has also eliminated constant equipment maintenance, wasted floor space because of the large number of totes, and housekeeping issues caused by oil on the floor.

“Before the new system, I was gravity-draining the chips, and we had a lot of extra dumpers hanging around taking up space—at least a total of 70 dumpers instead of 30,” Mr. Anthony says. “Plus, we had to dump the chips daily into an open bin outside. The handling of the chips was costly and making a mess. With fewer bins sitting around, customers always comment about how clean our operation is.” Mr. Anthony added that compared with replacing the spinner’s ball joint and springs every year, the PRAB solution is virtually maintenance-free—an added benefit from implementing a modern scrap metal and spent-fluids recycling solution.

This editorial was initially published on productionmachining.com. 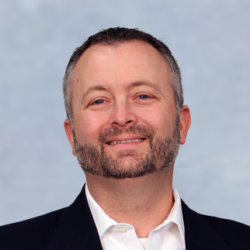 Mike Hook is the Director of Sales and Marketing for PRAB and has more than 15 years of mechanical conveying design and experience. You can contact him at [email protected]. PRAB is a manufacturer of engineered conveyors and equipment for processing turnings, chips and metalworking fluids. PRAB also designs and builds wastewater recycling systems.